Fly from Nice to Valletta

your way to Malta

The shortest route to Malta

Imagine travelling straight to the heart of one of the most beautiful cities in Europe, on a direct Nice-Valletta flight. We’re not exaggerating. The old headquarters the Knights of the Order of Malta is very different from any large western city. Nevertheless, the capital of Malta has assets that make it just as special. There is barely a stone in the city that is not loaded with history. In fact, there are over 300 different monuments there. That means a Nice-Valletta flight allows you to discover an extraordinarily rich city, and a World Heritage Site. 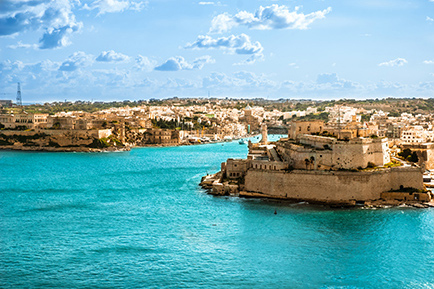 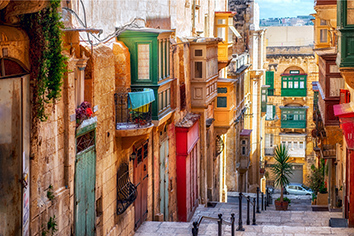 What to do in
Valletta ?

There two essentials for exploring the city: a strong pair of legs and an attentive pair of eyes. The city has one of the world’s densest concentrations of historical monuments. Yet beyond its more obvious splendours, almost every street or building will delight you with its details, atmosphere and colours. Your walk will invariably lead you to a stunning blue sea, via some lovely places to stop for refreshments and treats, of course.

FLIGHTS VOLOTEA
1
Flights per week, From April to October