Fly from Nice to Beijing

and visit the Great Wall

Head for Beijing, in the footsteps of Marco Polo

The direct flight from Nice to Beijing, at 8,300 km, is the longest non-stop flight you can take out of Nice. And the most beautiful, hands down! Because it allows you to discover a 3000 year old city with a rich history, the capital of one of the most fascinating countries on the planet. Two legendary sites await you when your Nice-Beijing flight lands: The Great Wall and The Forbidden City. That alone is worth the trip! 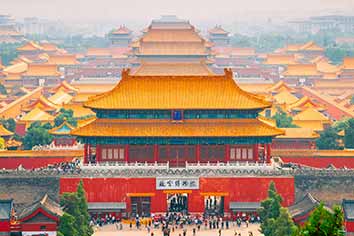 What to do in
Beijing ?

Beijing is anything but boring! The ancient imperial city, capital of the People’s Republic of China, is one of the biggest tourist destinations in the world. Because it's the door to one of mankind’s most monumental achievements. Because it’s the portal through which you’ll discover Chinese civilisation, though a day in its many museums, an afternoon wandering between ancient streets and skyscrapers, or an evening of indulgence in the exotic and delicious cuisine.