Fly from Nice to Catane

for a Sicilian break

Land at the foot of the volcano

“I wish I could see Syracuse”, Henri Salvador once sang, celebrating the charms of the little Sicilian city in song. Once inaccessible, this dream is now possible, because passengers can fly from Nice to Catania at a very affordable price. It is less than an hour’s flight to this charming city. But that’s not all! With your Nice-Catania direct flight, Sicily, this island of treasures, will reveal some of its most beautiful gems: Not just Catania, but also Taormina and Etna! 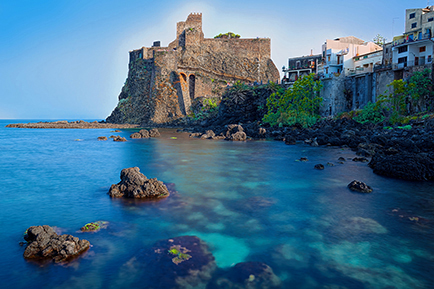 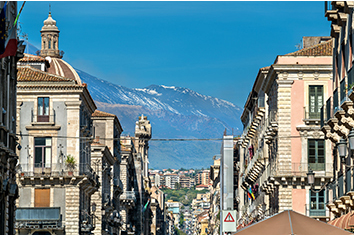 What to do in
Catane ?

Catania is Sicily’s second-largest city. It doesn’t have the same prestigious heritage as the historical capital, Palermo, due to its eventful history. It has been devastated seven times by the neighbouring Mount Etna. However, like a Phoenix, it has risen from the ashes, and now it is the economic lungs of the island. A youthful and animated city because of its university, with an attractive baroque heritage and near to some of the most beautiful sites in Sicily, Catania is worth not just a detour, but an entire holiday!