Fly from Nice to Valencia

to discover past and future Spain

Valence, between myth and reality

A Nice-Valencia flight will take you to discover one of Spain’s most beautiful cities. It has no reason to envy Madrid or Barcelona. In fact, this big city combines exceptional heritage with a remarkable cultural and economic dynamism. With a Nice-Valencia direct flight, you’ll see that different stages of life are combined all the time. A glorious past illuminates your walks, an epicurean present will delight you with indulgent treats and wild nights, and as for the future, it takes shape and reveals itself through many avant-garde places. And then you’ll realise that your Nice-Valencia direct flight is just one stop. You still have to discover the wonderful area surrounding the country’s third-largest city. 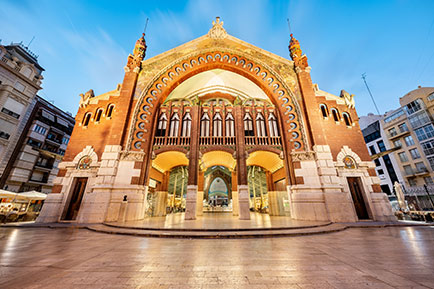 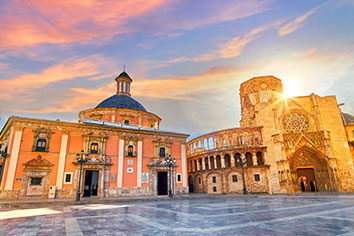 What to do in
Valencia ?

What makes a stay in Valencia successful is no different than what makes a paella taste so good. It’s the combination of land and sea. The city is indeed bordered by the Mediterranean. So, days often start with a swim in the sea and sunbathing. As for the most beautiful summer evenings, they are subdued by sea breezes. And inland? You’ll find large gardens where it’s good to stroll around, good places for shopping, old characteristic stones, lively squares and, to spice everything up, the central market. This is one of Spain’s most beautiful markets and it’s a paradise for food lovers.