Fly from Nice to Barcelona

for a weekend in the city of Gaudí

Jet off to Catalonia

Nice and Barcelona have the Mediterranean in common, with its sunshine and the kind of light that makes life brighter and happier, an invitation to sharing and pleasure. However, the Epicurean spirit on La Rambla has a different flavour to that of Nice. Your Nice-Barcelona flight will bring you a real change of scene, filled with festivity and conviviality. Enjoy Catalan tapas and embutidos, long Barcelona nights sparkling with cava, the fantastic works of Gaudí and Miró, and the old stones of the Gothic Quarter. Although the flight only takes an hour, Nice and Barcelona are, in some ways, worlds apart! 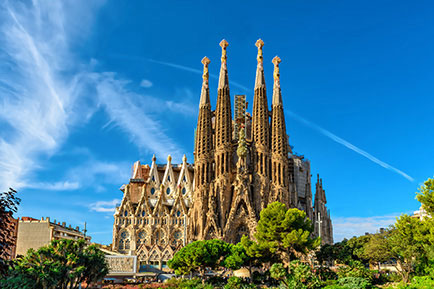 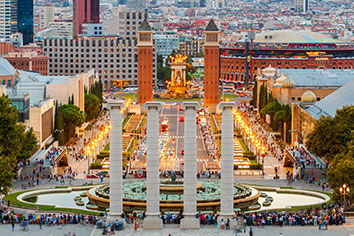 What to do in
Barcelone ?

Barcelona has its stars: Gaudí, the Sagrada Familia and the Blaugranas (the footballers of FC Barcelona, captained by the amazing Leo Messi). However, it also has many other treasures, some of which are incredibly flamboyant. There is much to appreciate in the Catalan capital: its picturesque neighbourhoods, its night-life, its museums, its shops, it beaches… All of these gems mean that visitors will never get bored, whether they are staying for a weekend or longer. Just like the natives, they will be swept up in the city’s formidable energy.

FLIGHTS VUELING
10
Flights per week, From November to March

FLIGHTS EASYJET EUROPE
5
Flights per week, From November to March