Fly from Nice to Bahrain

to discover the pearl of pearls

Take off for Bahrain

Do you think the Persian Gulf lacks soul? A Nice-Bahrain flight will prove you wrong! It will take you to discover the smallest state of this part of the world, as this archipelago of around thirty islands has a long and beautiful history and ancestral traditions, which are perfectly combined with the attributes of a prosperous and modern economy. Thus, after your non-stop flight from Nice to Bahrain, the kingdom of Al Khalifa will amaze you just as much with its ancient ruins and forts, which are a hundred years old, as it will with its tall glass buildings. And then there’s the sea, with its turquoise waters and large beaches with fine sand, the souks, minarets and pearl fishermen that add an exotic scent, enchanting colours and a magical feel to your Nice-Bahrain direct flight. 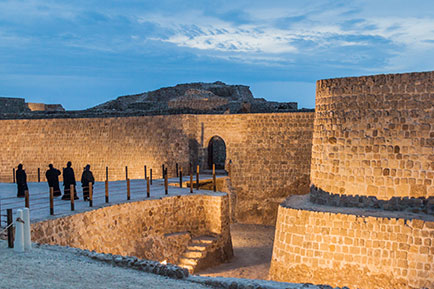 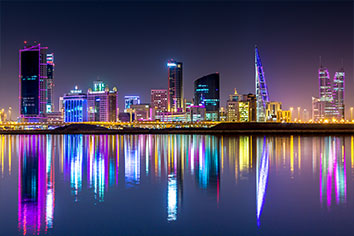 What to do in
Bahreïn ?

Unlike some of its neighbours, which rely on spectacular avant-garde to attract tourists, Bahrain remains relatively faithful to the traditions and heritage that its history has left behind. Sure, its rich underground, filled with oil and gas, has enabled it to build around 50 artificial islands, luxury hotels, flashy marinas, malls with attractive windows, and even a Formula 1 circuit. But, while all of this obviously contributes to a successful trip to the archipelago, it undoubtedly holds its magic in charms of the past, whether embodied in the remains of Dilmun, one of the oldest Mesopotamian civilisations, or in the kingdom’s most famous activity of pearl fishing.

FLIGHTS GULF AIR
2
Flights per week, From June to September