Fly from Nice to Copenhague

to understand the secret of Danish happiness

Copenhague,Fly to the island of Zealand

Two and a quarter hours… This is the duration of a Nice-Copenhagen direct flight. For those who only know the Danish capital for the Little Mermaid, this may seem like a long time, especially as this mermaid really is little. However, this famous sculpture is just one of many gems that make the city of Hans Christian Andersen so charming. Copenhagen is simultaneously gourmet, picturesque, imaginative, environmentally friendly, arty and cosy. A real Scandinavian beauty which is easily worth 135 minutes on a Nice-Copenhagen flight. 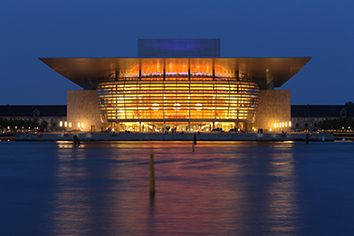 What to do in
Copenhague ?

If Shakespeare came back to life, he would certainly change the famous line from Hamlet: “Something is rotten in the state of Denmark.” Because there’s no denying that the oldest kingdom in Europe is also the most virtuous and pleasant of countries. In fact, the people of Denmark are among the happiest in the world. Their secret: hygge (pronounced “hoo-guh”), a life philosophy combining pleasure and cosiness. With its cafés, streets, parks, events and activities, Copenhagen is the perfect illustration of hygge. By visiting, you too can find the key to happiness.

FLIGHTS SAS
4
Flights per week, From November to March