Fly from Nice to Luxembourg

Jet off to Luxembourg City

A Nice-Luxembourg flight takes you to one of the smallest but most surprising countries in Europe. It is the richest on the planet, as well and the safest and most “natural”: more than a third of its land is covered in forest. Known for its banks, it also attracts large numbers of tourists seduced by the scenery, history, and lifestyle. The country holds two world records in gastronomy: for the largest number of restaurants and the most Michelin-starred chefs per capita. So as you pack your bags for your Nice-Luxembourg flight, be sure to leave your preconceived notions behind! 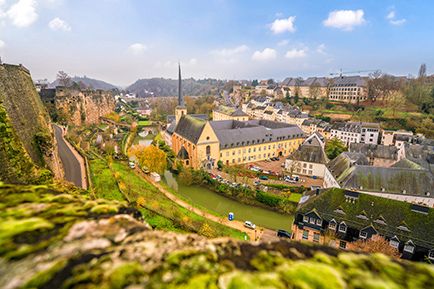 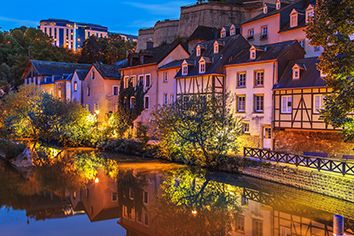 What to do in
Luxembourg ?

While they are francophone, Luxembourg City, and more generally the entirety of the country, offer visitors an experience as enriching as it is exotic. Because the Grand Duchy isn’t Alsace, or Lorraine, or Germany or Belgium. Though it bears some resemblance to each, it is first and foremost Luxembourgian! With villages swimming in green, a capital that has held onto its roots through modernisation, and its wholly unique cuisine and art, you’ll find an identity and character unlike anywhere else. Something like that definitely deserves a visit!

FLIGHTS VOLOTEA
2
Flights per week, From April to October

FLIGHTS LUXAIR
7
Flights per week, From April to October