Fly from Nice to Tel Aviv

Where a throbbing metropolis meets a land of traditions

After a Nice-Tel Aviv direct flight, some holidaymakers extend their journey with an hour’s drive to Jerusalem. Others stay on the Mediterranean Coast, to enjoy the charms of Tel Aviv and its close neighbour, Jaffa. Each year, 2.5 million tourists make this choice. Very few regret staying, since this metropolis is both modern and magnificent, with its own unique appeal. How about you? What will you do when you get off your Nice-Tel Aviv flight? Stay or carry on? Stay! 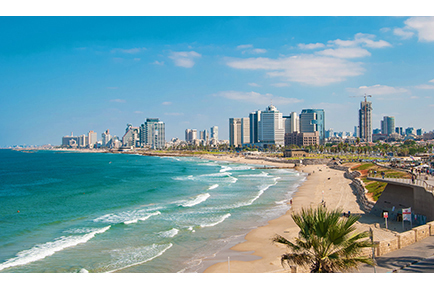 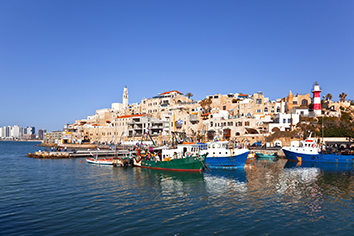 What to do in
Tel Aviv ?

Want to know the secret to a great time in Tel Aviv? Drink coffee! Lots of coffee, so that you can ward off sleep for as long as possible and keep up with the dizzying pace of this metropolis. After all, it shares a nickname with New York: the city that never sleeps. Perhaps it owes this non-stop whirlwind of activity to its age: this very young city has been around for barely 110 years. It’s just a baby compared to Jerusalem, the country’s other major city, which goes back millennia. And this youth is palpable: although Tel Aviv does not turn its back on local traditions, it is resolutely modern. Even its past is modern! The historic White City, for example, is still revered by architects today.

FLIGHTS EASYJET EUROPE
2
Flights per week, From November to March