Fly from Nice to Warsaw

For a holiday in the Polish capital

Your Nice-Warsaw flight is about to land! Fasten your seatbelt, put your tray table up, and look out of the window. You can’t miss it! What? The Pałac Kultury i Nauki (Palace of Culture and Science), a Stalinist skyscraper in the heart of the Polish capital. This giant towers over a Phoenix-like city, which rose from its ashes after the Second World War: a great triumph that makes it well worth two hours in a plane from Nice to Warsaw! 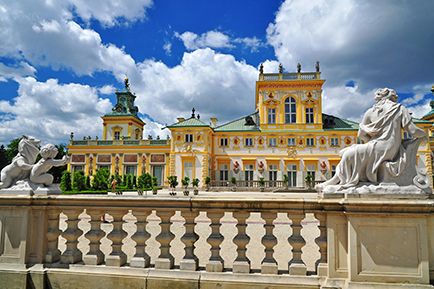 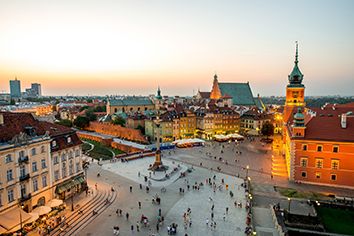 What to do in
Warsaw ?

After the Warsaw Uprising in summer 1944 and the terrible Nazi repression following their victory, there was almost nothing left of the city. So where do all these historical buildings come from: the walls, the market square, the Royal Palace? They have been superbly restored, or rather reconstructed! Drawing on photographs, paintings and other evidence, the Polish have rebuilt their capital, stone by stone. Everything is there: from the crenels of its medieval walls to the frescoes decorating the beautiful Gothic houses. Having reconnected with its past, Warsaw is turning resolutely to the future, as shown by its many modern skyscrapers.