Fly from Nice to Manchester

And discover the best of British pop rock

Britpop made in Manchester awaits!

A return Nice-Manchester flight: what better way to experience the Champions League? A supports dream to be sure, and who knows, maybe one day it will come true! But don't wait until then to visit the north-east of England because, as you’ll quickly see as your non-stop Nice-Manchester lands, this city is overflowing with charm. On the program: picturesque scenery, pop culture, partying, and great shopping. And yes, even football! The choice is yours! 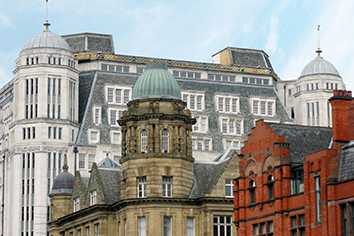 What to do in
Manchester ?

With the exception of London, no other British city is as lively as Manchester. Nicknamed Cottonopolis during the Industrial Revolution, Manchester was able to reinvent itself and continues to be one of the driving forces of the British economy. But that’s not all it contributes to the realm of Elisabeth II. Great shopping, a dynamic student population, and home to several of the biggest names in British rock as well as Eric Cantona, Manchester today is one of the best destinations out there for discovering 21st century England.

FLIGHTS EASYJET EUROPE
3
Flights per week, From April to October

FLIGHTS JET2.COM
2
Flights per week, From April to October